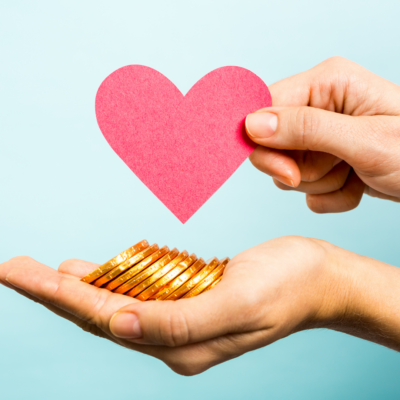 What Does it Matter?

Recently, I was happy to take a trip with my husband to Santa Cruze, CA to attend a wedding and to visit our daughters who live close by. I love to get away with Shawn when I am able, especially now when everything seems so upside down. I love the vacationing part, however, the traveling part I am not so fond of. The waiting, the crowds, more waiting and running around from concourse to concourse to make connections. If we could find a way to fast forward through all of that madness, that would be great!

On this occasion, while we were on the people mover at O’hare, we were confronted by a man who was on alert. I had few impressions at first, but as his story unfolded, the plot became clear. He stepped on quickly and without hesitation, proceeded to state that there was an emergency! My heart immediately sank, as the word emergency could mean several different things, but none of which I could think would be okay. What he said after, I only picked up on a few details as my head was still spinning from the emergency situation that this man has now included us into. All I could think at first is that someone(s) somewhere in this airport was in trouble and it had the potential to reach anyone else in close proximity. I knew I wasn’t the only one who had this trepidation as everyone was kind of looking around at each other in confusion. From that moment on I heard son.., ..stuck at baggage claim, and something about needing $185 to help him out. I went from high alert to annoyed pretty quickly.

This, in my mind, was not an emergency, not an airport emergency anyway, and my bullcrap radar started to kick in. But, I wasn’t completely convinced that he was a scammer as he started to ramp up the emotion yelling out that it was for his son! Please, help him out! Oh, he was good all right. Yet, the emotion didn’t reach his eyes, and the tears never fell down his cheeks. I had already given my husband the help him look and he gave him some cash along with others standing around feeling helpless at the moment. Of course, the man promised to repay us if we would just give him our address, and phone numbers. He even offered to show us the ticket and so on as he called out how much money he still needed in addition to the uncounted money in his hand. Wow! brilliant the man must be to be able to subtract so quickly in such a distraught state as different bills are stacked in his hand!

Then, As quickly as he hopped on the ATS he hopped back off in no hurry, just walked along counting his money he just stole from unsuspecting people just wanting to help someone out. My cheeks began to burn with heat from the anger that now replaced the concerned feeling I had only a few moments ago for this stranger and his son.

I felt cheated and stupid as the certainty of the scam sunk deep. I heard a man’s voice behind me soothe those around him that were all catching up on what had just taken place, “It’s all right, it’s okay.” he said.
Another gentleman standing in front of me facing most of the passengers said something that I probably will never forget, “I’d rather be wrong, than not show my heart.” Wow! This man just gave him money knowing that it was probably a scam but helped him out anyway. I was blown away by this!

It reminded me of a time when I gave a woman cash that she said she needed for the bus, but, if you were to go off appearances and behavior, this woman was an addict in need of a fix. I had my son with me and we were just leaving a store when she approached us. After I gave her the money and she left, my son said to me, “she will probably use that for drugs, mom.” I told him that she probably really did need a bus ride, (I only gave her a couple of dollars) and that it wasn’t our judgment to make. It is only our job to help and to show God’s love. If she had asked for money for food, I would have gone and bought her some food instead of giving her money. Common sense should be used but always love first, because you may be in need someday and want someone to show you the same compassion.

I went a couple of days thinking about that incident at O’hare and I started thinking about it from a Biblical perspective. I looked at Philippians 1 when Paul was writing to the church in Philippi from prison and expressing his excitement that the the good news of Jesus Christ was being preached.  “.. And because of my imprisonment, most of the believers here have gained confidence and boldly speak God’s message without fear.” (Philippians 1:14)  He goes on to mention that there were those who were preaching for selfish reasons, out of jealousy or rivalry, but that it doesn’t matter.   “But what does it matter? The important thing is that in every way, whether from false motives or true, Christ is preached.  And because of this I rejoice.”  (Philippians 1:18, NIV) Yes, whether or not the motives were pure didn’t change the message.

Whether someone is being honest with us or not shouldn’t dictate how we respond to them as Christians.  Should we accept their dishonesty or agree with their behavior?  Of course not, but to respond in any other way than to show love would be a hindrance to our testimony.  Whether we knew this man’s true motives or not, he knew that what he was doing was wrong.  Wasting an opportunity to show the character of God because we can see through a facade would be a shame.  Their motives are between themselves and Christ and our response to show God’s love anyway is a testament to our faith. Hopefully, our showing kindness in the midst of an unkind act will motivate someone to change their behavior.  At the very least, it will cause them to take pause when they see a very uncommon response to an act of deceit.

So, what does it matter?  Will it change an outcome?  Will it cause a change in behavior or will?  Maybe not, but what if giving of ourselves will show our hearts? Wouldn’t that act of kindness matter the most?

"Put on then, as God's chosen ones, holy and beloved, compassionate hearts, kindness, humility, meekness, and patience, bearing with one another and, if one has a complaint against another, forgiving each other; as the Lord has forgiven you, so you must also forgive, And above all these put on love, which binds everything together in perfect harmony."

"Keep on loving each other as brothers and siters. Don't forget to show hospitality to strangers, for some who have done this have entertained angels without realizing it!" 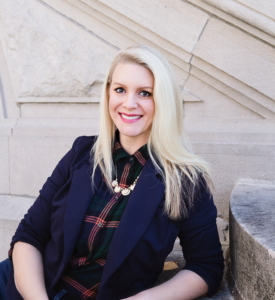 I am a Professional Organizer who believes that clutter and disorganization involves more than just the physical things we see around us.  I understand how the environment in which we live, the people we share our lives with, and the emotions that come along with it, can have a direct affect on how we see and deal with clutter and organization.

So, I will be sharing more than my expertise in organizing.  I will also be blogging about struggles I’m facing in my own life, thoughts on anxiety and depression, faith, self-care and home renovating and how they can impact organization in our daily lives.  My hope is to help others facing similar situations obtain clarity in their own lives.